Since 2011 Beckside Construction has successfully installed 6 Hydro Electric schemes with a 7th currently under construction.  The schemes are located in Cumbria and North Yorkshire and range from the smallest at 87kW to the largest at 250kW. 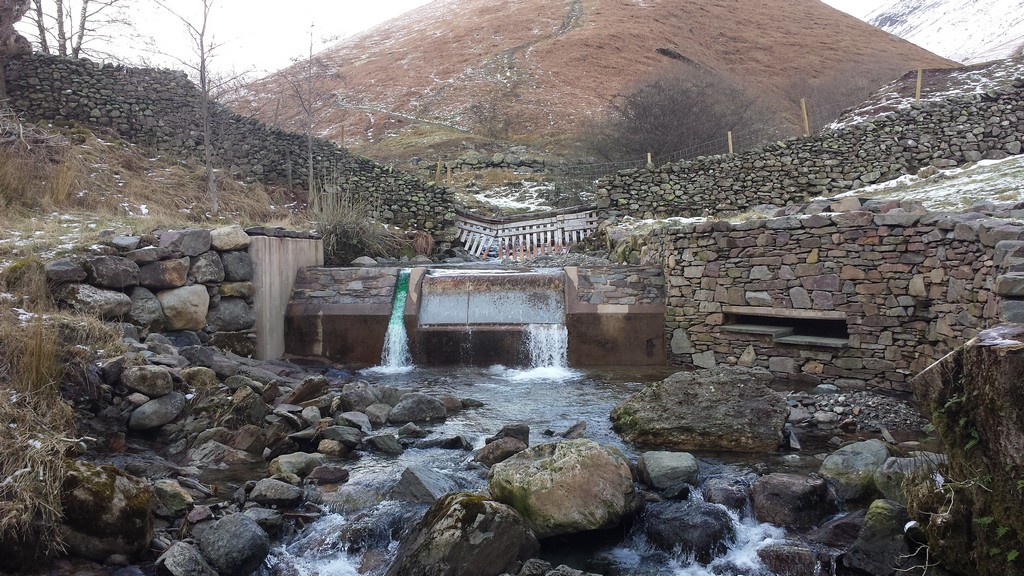 Construction work started on Tongue Gill Hydro Scheme in May 2013 and was completed in 2014. Part of the Penstock and the powerhouse for the Tongue Gill Scheme run alongside the Wainwrights’ Coast to Coast footpath and as part of the construction process we also had to cross the Thirlmere aqueduct which provides water to Manchester. Both of which provided different challenges during construction which were successfully overcome. 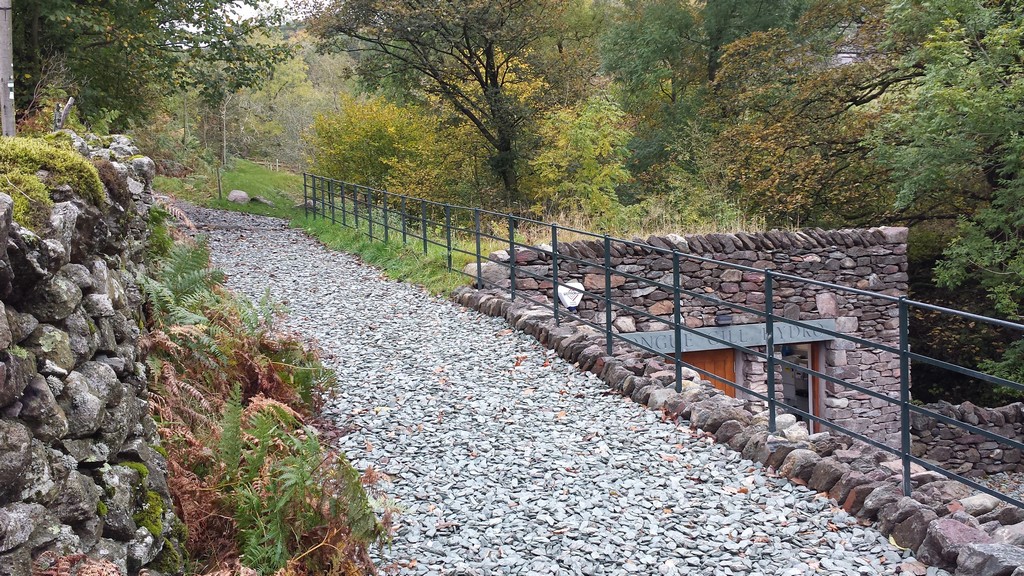 Two years after the completion of the Tongue Gill Hydro Scheme you would not know we had been there. The landscape has returned to a lush green state and the powerhouse nestles into the banking clad in local stone that was broken out of the hole during its construction.

Due to the large catchment area for rainfall for the Tongue Gill Scheme the generator is normally generating to its full capacity, with it switching off only in the driest periods. Since completion Tongue Gill Hydro Scheme has produced over 640,000 kWh.

For the Cragdale Hydro Scheme, Beckside Construction were contracted in to install the Penstock section of the scheme. The penstock was originally planned to be installed fully in plastic pipe, however due to the unstable nature of the ground that the pipeline was being installed in a drag box had to be utilised which resulted in a shift from plastic pipe to ductile iron pipe for a section of the Penstock. 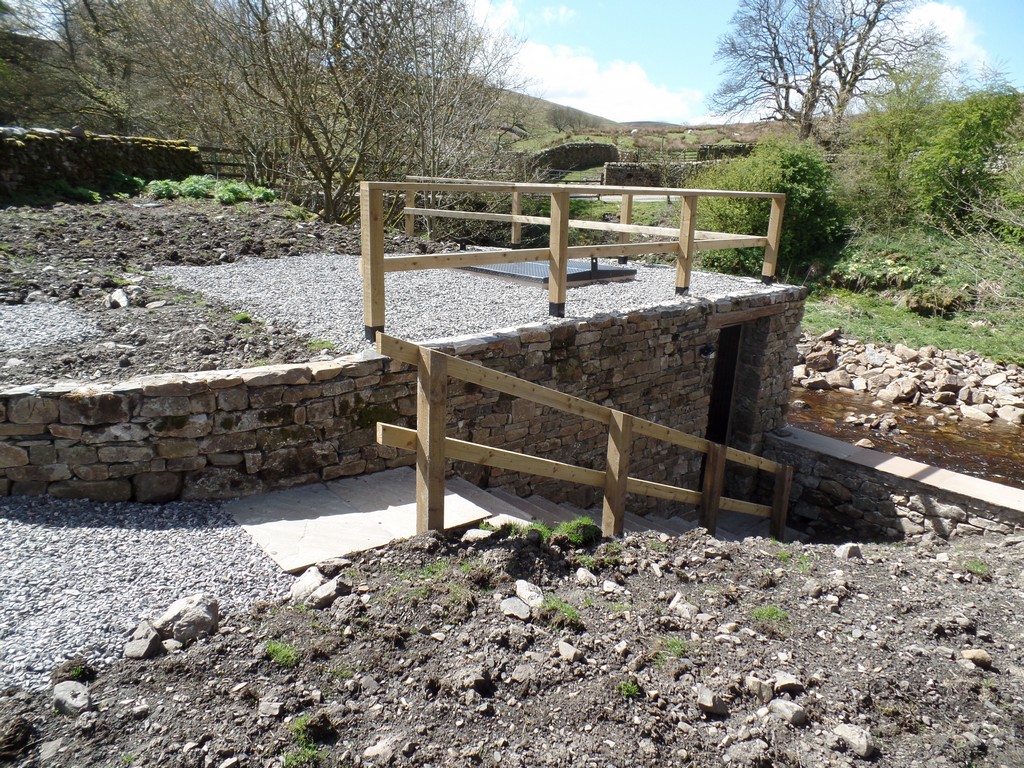 Construction started on the Mossdale Hydro Scheme in May 2014. For a High Head Micro Hydro the Mossdale Scheme has a relatively low head of only 32m. Because of this it requires a greater volume of water to achieve the same power output of some of the higher head schemes. To get the higher volume of water the Mossdale scheme has a pipe diameter of 560mm which is the largest diameter penstock that Beckside Construction has installed to date. In contrast Mossdale also has an extremely large catchment area for rainfall which helps to achieve the large levels of water needed to drive the turbine. 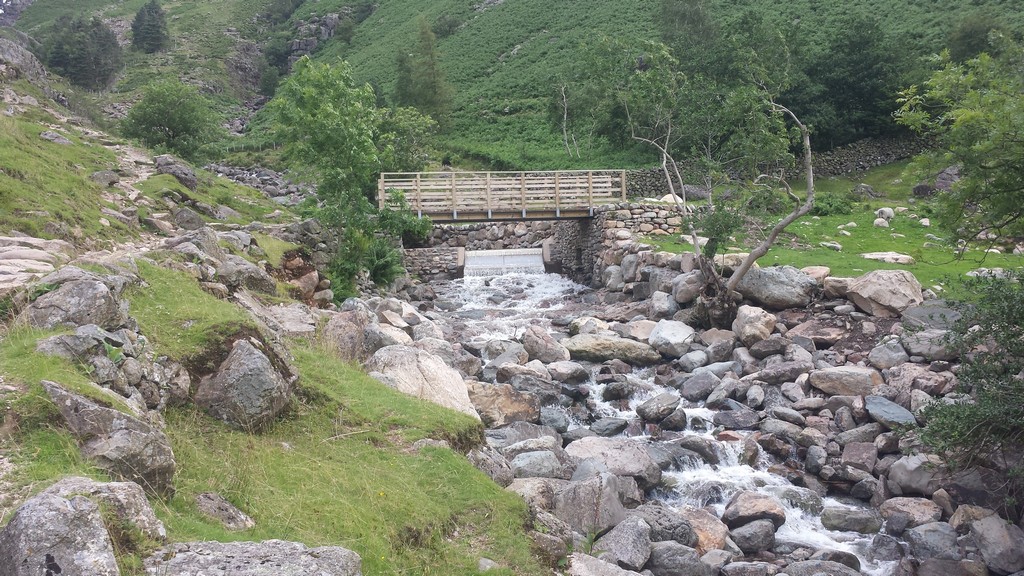 The Stickle Ghyll Hydro Scheme is the first Hydro Scheme that Beckside Construction have built in conjunction with the National Trust. 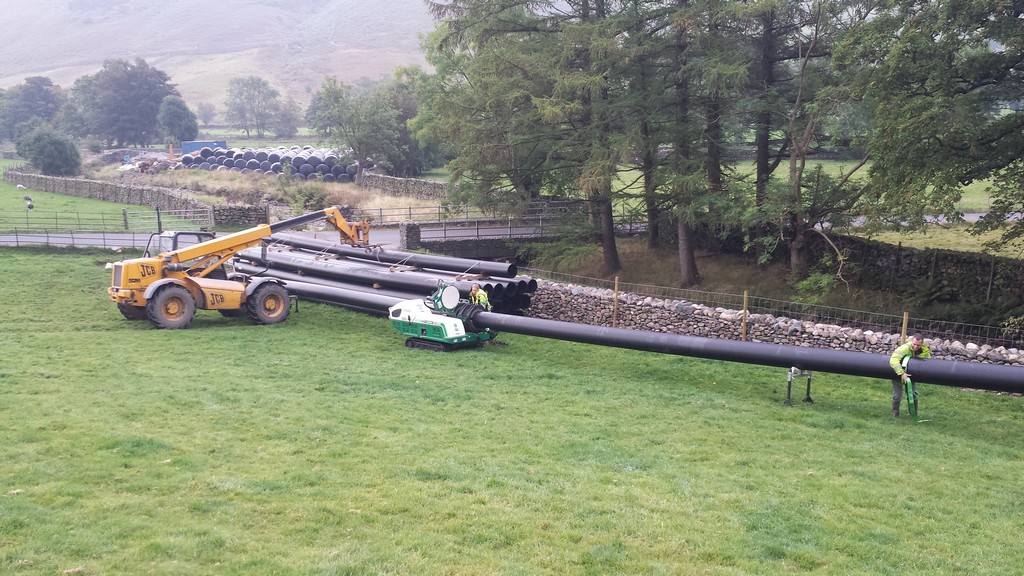 The National Trust have set themselves a target to be generating 50% of their energy demand from renewable energy by 2020, and the Stickle Ghyll Hydro scheme is part of that plan.

The power generated by Stickle Ghyll will be used to power the adjacent Stickle Barn Pub with surplus supplied to the grid. Work on the Bolton Hall Hydro Scheme commenced in February 2015. One of the challenges with the Bolton Hall Scheme was the location of the penstock which involved crossing 2 roads and the Wensleydale Railway. The crossing of the railway was the first task in the scheme which involved open cutting a concrete pipe under the railway to install the penstock pipe in at a later date. This had to be completed in a two week window in February. 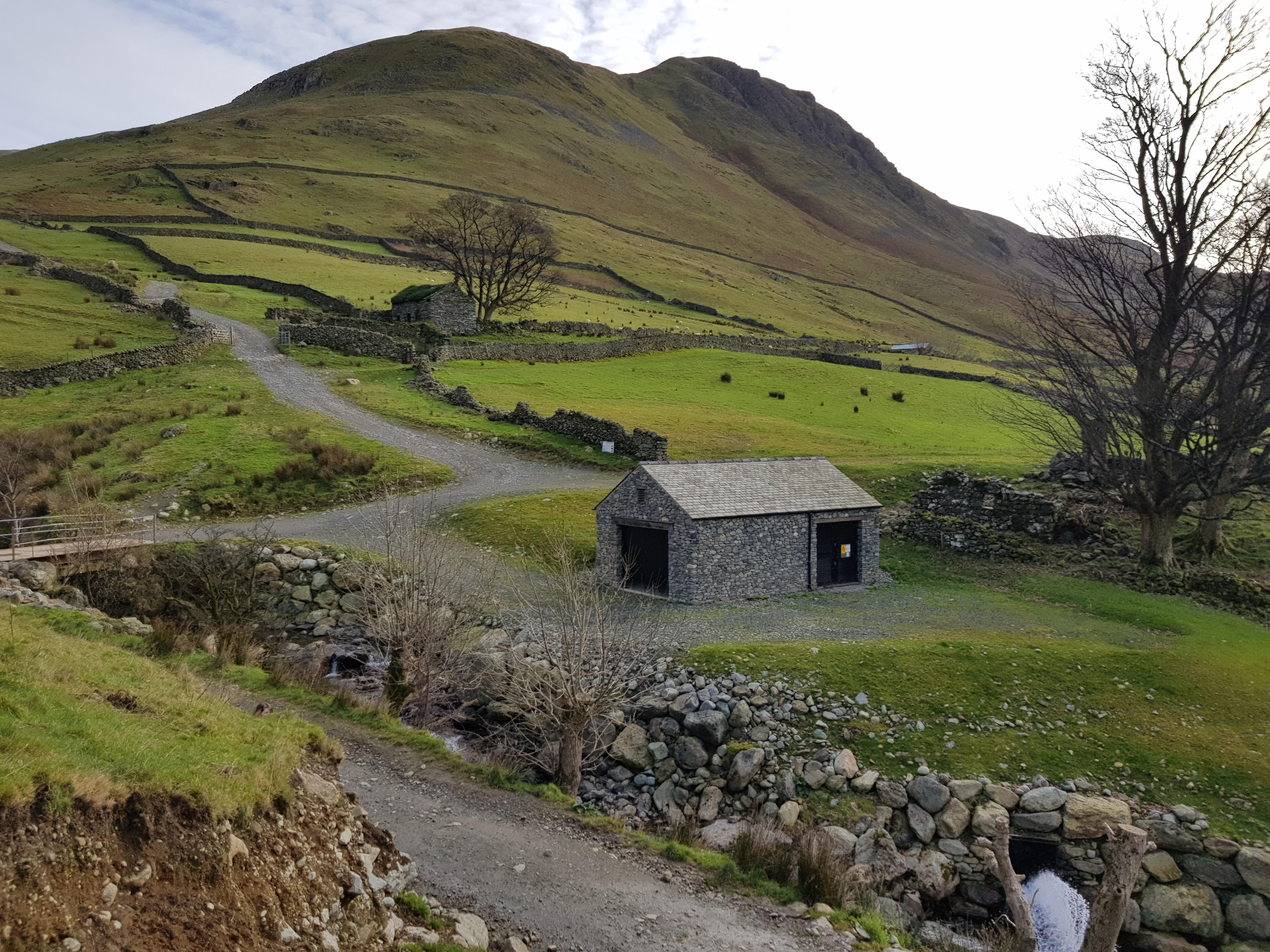 The Hayeswater Hydro Scheme is one of the highest head schemes that Beckside Construction have been involved in to date.  Work started on the scheme in July 2015 but was halted in December due to Storm Desmond which caused significant flooding in the local village of Glenridding.  Beckside Construction were one of the first contractors on the ground after the flooding and were heavily involved in the clean-up operation and helping Glenridding get back on its feet.  Work recommenced in February 2016 and we were able to utilise some of the stone moved by the storm as pipe bedding and as stone cladding for the powerhouse.  The Hayeswater Scheme is unique as it has two turgo turbines both with twin jets which give a 250kW output.  The scheme was commissioned in December 2016 and has generated over 1 million kWh of electricity in its first year.

As an original supplier in…

or fill in the form on our contact page